The largest planet of our Solar System, Jupiter is easy to see with the naked eye and can be viewed several exciting ways with equipment. What if you too took a crack at discovering it? In 2020, this planet can be observed from as early as spring until the end of December.

Jupiter is a bright celestial body that’s easy to see with the naked eye thanks to its dazzling shine that dominates the surrounding night sky. Beginners could confuse it with Venus, though Jupiter is not as bright as “the Morning Star” due to its distance from Earth. Eleven times the diameter of Earth, this giant planet can easily be admired with the help of a simple telescope. Your observation won’t reveal as many details as the photos taken by space probes, but you can discover Jupiter’s cloud bands—and four main moons, which can be viewed with just a simple pair of binoculars!

When Can Jupiter Be Seen?

In springtime, Jupiter is readily visible during the second half of the night and gradually comes up earlier each evening. On July 14th, the giant planet is in opposition with the Sun. During the weeks that surround this date, Jupiter will be visible all night long and, due to its proximity to Earth (619 million kilometers on July 14th, 2020), observation conditions will be perfect. Warm summer nights will make observation easier, even if this planet remains relatively low on the horizon (by using metropolitan France’s latitudes, this will not exceed 20°, or the width of an outstretched hand). Observers located further south will have an advantage, since a lower or even negative observation latitude means the planet will be higher in the sky.

Jupiter is easily visible throughout summer and fall 2020. The last possible observations of this giant planet will be in December at the beginning of the night, near the western horizon. Jupiter will be especially interesting to observe on certain dates because it lines up in particular configurations with Saturn or the Sun. You can find these details below!

How to Spot Jupiter?

It should be known that Jupiter is incredibly bright! It outshines all the visible stars in the sky, though it still doesn’t hold a candle to the brightness of Venus. To find Jupiter, turn towards the east-southeast horizon. In 2020, it orbits in the constellation Sagittarius, not far from its ringed partner Saturn. However, you don’t have to worry about mixing them up, since Jupiter is much brighter.

What Can You See with Equipment?

Jupiter is a favorite amongst even the most modestly equipped of amateur astronomers. By looking at this planet through a simple telescope, you’ll be able to immediately see a disc, whereas the surrounding stars remain small dots due to their far-off distance.

You can also easily see how the planet is striped with cloud bands. A small telescope will generally reveal Jupiter’s two main bands, known as its equatorial belts.

Violent winds from Jupiter’s atmosphere also produce the famous Great Red Spot, a giant hurricane that has been raging since multiple centuries and reaches speeds of up to 425 miles (700 km) per hour! This spot, which is three times the size of Earth, can be viewed by an attentive observer with a telescope boasting a focal length of at least 100 mm in diameter. This Great Red Spot is in fact not really even very red, but it can be made out from the surrounding equatorial belt by its different color. The Great Red Spot gives you the opportunity to see the impressive rotation speed of the planet, which completes a full rotation on its access in just ten hours!

Even more details can be seen, particularly of Jupiter’s complex and numerous cloud bands, with a telescope of 150 mm or more in diameter. However, a truly detailed image can only be obtained if the atmosphere is stable and free of turbulence, and if the equipment is well tuned (pay attention to collimating the mirrors for a Newtonian reflector telescope).

However, the most striking thing about Jupiter is the fact that it is not alone! Small pinpricks of light are roughly lined up on either side of this giant planet. These are the main moons of Jupiter, discovered by Galileo four centuries ago with a rudimentary telescope. These four so-called Galilean satellites (or moons) are called Io, Europa, Ganymede, and Callisto. All four of them cannot always be seen, since certain are sometimes hidden behind the planet or pass just in front of it.

Since these moons circle Jupiter in a few days, it is great to observe their evolution night after night.

And with a pair of binoculars?

Binoculars don’t magnify enough to see details on Jupiter’s surface. But the moons are visible!

If possible, mount your binoculars on a tripod, a low wall, or even a broomstick so that it doesn’t shake. With careful observation, you will most likely come across several small pinpricks of light near either side of the planet. Surprise your friends by showing them this incredible sight!

However, if the moons are too close to or behind the planet, you won’t be able to see them. Use the simulator below to check their position.

A Simulation of the Position of Jupiter’s Moons

Here are the positions of Io (I), Europe (E), Ganymede (G), and Callisto (C). View north at the top, west on the right. Have fun comparing this with what you see in real life! (Note: the image will appear inverted with certain equipment). The moon positions are set using Javascript, which is disabled in your browser. You’ll need to turn it back on if you want to see the current position of Jupiter’s moons.


Sightings of Jupiter Not to Be Missed in 2020

From July to December 2020, the planet Jupiter is orbiting in conjunction with another remarkable giant planet, Saturn. This proximity will give you the chance to see incredible sights almost every month as the Moon passes close by. But July 23rd and December 21st are also two other major dates worth remembering! Check out what awaits you below.

On July 14th, Jupiter is in opposition. This means that the planet is closest to Earth and its apparent diameter is the largest for 2020. It is also the moment when the planet is the brightest (magnitude -2.8).

On July 23rd at dawn, observe Jupiter in the company of all the other planets in the Solar System for a real planet marathon! It is truly rare to see all the planets at the same time, so you don’t want to miss it. Jupiter, Saturn, Mars, Venus, and Mercury will be easily visible to the naked eye. However, you’ll need a telescope to see Uranus, Neptune, and Pluto.

On the night of August 1st to the 2nd, the nearly full Moon will neighbor Jupiter and Saturn throughout the night.

Finally, on December 21st in the early hours of the night, don’t miss seeing Saturn and Jupiter brush past each other at 0.1°!

So Much More to Discover…

Jupiter is an exciting planet that still holds many secrets. Scientists are still studying it from Earth. In May 2020, they used the Gemini telescope in Hawaii to capture through infrared light the most distinct and precise details of Jupiter’s atmosphere ever seen from the ground. These images are strangely beautiful not only because their colors are unusual, but they will also help scientists better understand how the giant planet’s stormy atmosphere works.

Europe is also planning an ambitious mission with the Jupiter Icy Moon Explorer (JUICE), which is scheduled for launch in 2022 and anticipated to arrive on site in 2030. JUICE will explore three of Jupiter’s Galilean moons (Callisto, Europa, and Ganymede), each suspected of harboring an ocean beneath an icy crust.

These images taken by professionals are spectacular, but don’t let them prevent you from doing your own exploration of the giant planet. It is sure to incite wonder—so off to your telescopes! 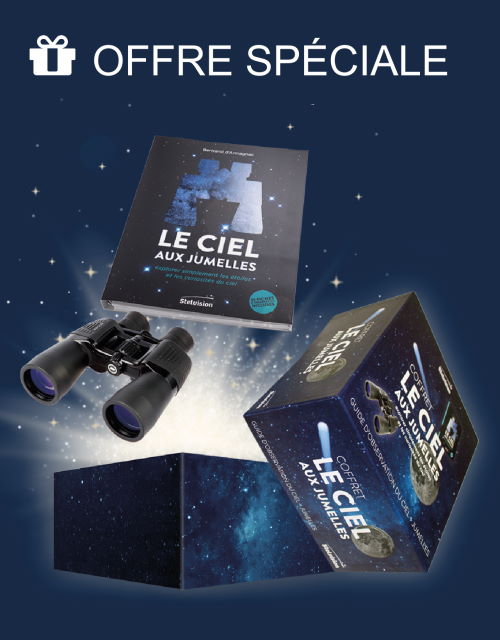 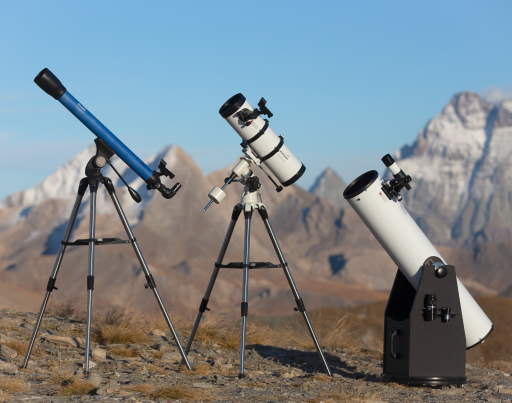